Offshore web design firms assure ultimate ease and cost savings to companies all over the world. Many business even choose to hop aboard the outsource train and work with these development firms. Oftentimes, they get more issues than they planned on.

Here at ITDwebdesign.com we have had hundreds of customers come to us to clean up the mess that other web designers and developers left behind. We have seen and hear many horror stories about offshore web developers and freelancers that have done poor work and then go missing after they receive payment.

What are the problems with offshore web designers?

In our early years we experienced the same issues when we went looking for cost effective offshore employees, only to find ourselves in the same situation as many of our clients that came to us. In our experience it seems like you have to go through 100 people before you find that diamond in the rough developer. But even they don’t last and problems still come up.

While it is correct that lots of offshore web developers companies promise low, low costs for website design services, far too many companies discover that you get what you pay for. Lots of companies based outside the US merely can not give the same quality of service of a USA based web agency. When working with offshore freelancers, businesses need to adapt to time zone differences, that typically make connecting with and conferences practically difficult. Sending out money to take care of services is in many cases lengthy and pricey. Wiring funds and sending out abroad transfers to pay for web development is not even constantly safe and can leave company owners vulnerable to identity theft.

Some things to consider with offshore web developers is, how do you hold them accountable for the work they do? If you are hiring someone for a small task at a flat rate this might be easy. But if you are needing a long term employee and they are charging you by the hour, then how do you know they are actually working on your project and not someone elses? Sure, there are time monitoring apps that can take random screenshots of their monitor, but even those can be easily manipulated. So it can be very hard to trust someone from a different culture, that you’ve never met, and do not know any history of their integrity.

Offshore Web Design Can Double, If Not Triple The Cost

Even when an overseas web development business tries extremely hard, the fact is that someone stationed half-way around the world just can not know North American marketing thoroughly. Even significant business are finding that their offshore outsourcing isn’t working, and the knowledgeable web development talent is just not as good as they expected. In far too lots of cases, companies take a look at the bottom line and employ these website design services just to recognize after the fact that they require to pay to have their web revamped all over once again. Does your company truly wish to pay DOUBLE for web design services?

Even before business sign on the dotted line and hire an overseas website design company, they additionally need to think twice about the “offer” they are getting. In many cases, offshore companies offer an impressively low hourly charge, but take longer to complete a job. Even though a web development company just charges a fraction of its United States counterpart in regards to per hour cost, it can quickly wind up charging a similar amount, merely by taking longer to complete the exact same amount of work. Considering that your business could end up paying simply as much for an abroad website design service, doesn’t it make more sense to work with a US-based firm and get ensured, quality work for the very same cost?

A fellow web designer friend of ours called us in a panic asking for our help and guidance with a situation he had gotten himself into. He hired a developer from Germany to do a fairly small task to resolve some JavaScript conflicts on one of his client’s eCommerce website for a couple hundred bucks. A few days went by and the developer emailed him and told him that he was finished and the problems were resolved. Our friend had reviewed the task and verified the issues no longer existed and made the payment. A day later the website owner called and said there was another issue that appeared since the previous work was completed. After reviewing what was done he found that the only thing the developer had done was he disabled the plugin that was causing the conflict with the other features. This disabled plugin was a very integral part of the operation of the site and created more problems for our friend. When he asked the developer about what he had done, the developer said that this is how he fixed the problem and if he had to look at the site again he would have to be paid more money. Our fiend told him to not touch the site and he would hire someone else to do it correctly and to keep the money he was paid.

The next day he found that the site was in much worse shape that the previous day and by checking the logs the developer had accessed the site and made things even worse, even though he was told not to touch the site. All his access was removed and then the site was repaired properly the next day. That evening the site was hacked and brought down to it’s knees. After we helped our friend get the site restored and checked the log files we found that the offshore developer had planted a back door to the site as well as malware on the server in multiple places. We later found out that this offshore web developer was not from Germany, he was actually from China.

So this was a clear wake up call for our friend and it almost cost him his client because of it.

The most significant issue with abroad website design services is that overseas services featured no legal defense whatsoever. Laws are simply too varying in other parts of the world and when a company decides to pick an overseas company, they are in result resigning themselves to no legal defense. If a web development company turns in a plagiarized item or a product that breaks copyright laws, the business that worked with the website design service will have a very difficult time finding legal redress. Worse, it is the US company that may have to face the United States legal system if any laws have been breached. In a lot of cases, overseas business run just through email, which means that when there is an issue with a delivered service, there is no chance to get a fast action. Business may merely vanish when there is a legal problem. Purchasing offshore is buying “as is”, and that’s not the way you want to hire the website design services that will make your business prosper!

Hire A US Based Web Design Agency

If you’re looking to hire a web design company with a lot of SEO experience, contact us at ITDwebdesign.com or call 1-888-760-0878. We’d love to speak with you about your project and help you to get things done the right way, the first time. 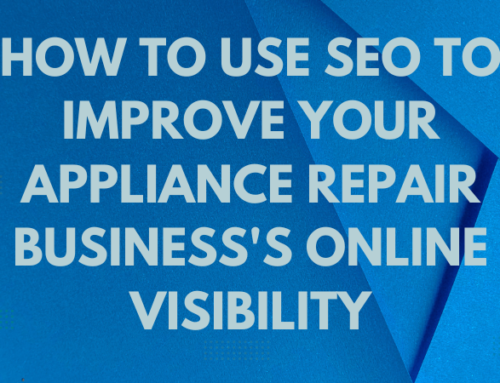 The Importance of Storytelling in Branding and Marketing

The Importance of Storytelling in Branding and Marketing